Pakistan's PIA Airbus A320 crashed near Jinnah International Airport Karachi on Friday May 22, 2020. The flight, Lahore-Karachi flight PK-8303, carrying 91 passengers and 8 crew, attempted to land in Karachi and executed a go around before approached to the airport due to technical failure. According to the last conversation between the air traffic control and the pilot, the plane had lost engines.” 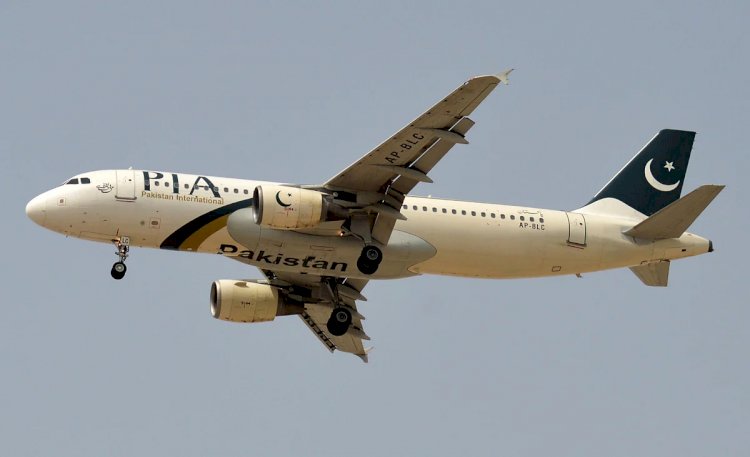 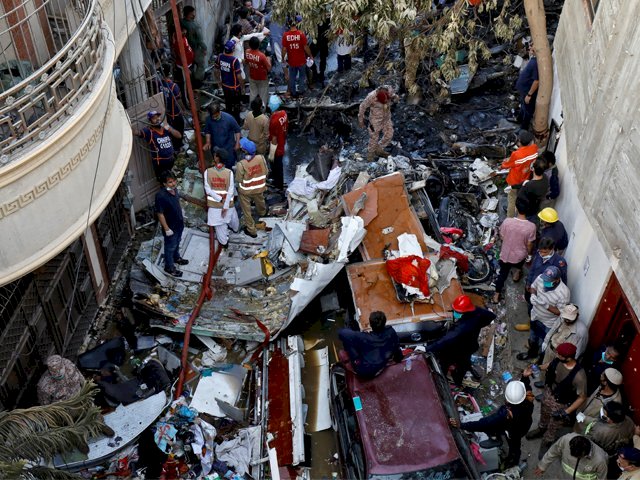 A PIA spokesperson has confirmed that the landing gear was not fully lowered prior to the first lending approach. We don’t know if it was partially lowered or just wasn’t lowered at all, and I’m sure the investigation will determine this.

The pilots of crashed Pakistan Airlines Flight 8303 may have forgotten to lending gear down before landing to the Karachi Airport.

The piolet was initially cleared to land on Karachi runway 25L, During the first approach, The warning signal sound from the cockpit can be heard in the background which appears to be of landing gear not down and locked alarm sound.

The Piolet aborted first landing when he realised but it was too late and cause damaging both of the engines, experts said.

While attempting to go around for a second landing atempt both engines failed, causing the plane to crashed into a residential area 5KM from the Airport, causing death of 97 of the 99 people on board. More than two dozen homes were damaged but Fortunately, No fatalities were reported on the ground near Jinnah International Airport where the plane crashed. There were just two survivors Zafar Masud, President of the Bank of Punjab, and engineer Mohammad Zubair.

Captain Sajjad Gull, Pakistan Airline's most-senior pilot and experienced crew, and his co-pilot experienced crew. in particular the captain had over 15,000 hours, while the first officer had over 3,000 hours.

According to the experts, Analysing recordings between piolet and air traffic controllers,  a distinctive warning signal could be heard in the background which designed to tell the pilot that he is attempting a landing with an incorrect configuration, for example with the lending gera up.

Information gathered by flightradar24 showed the plane was 2,500ft above the recommended height when it started making its approach into Karachi, he said.

Air traffic control had advised the piolet to abandon its approach based on the data, but the pilots pressed ahead regardless.

A senior plane examiner,  said it is possible that such an 'unstable approach' distracted the pilot and meant he did not hear the warning signal beause captin sajjad Gull's voice was so calm as he spoke over the warning signal strongly suggests he had not heard it, they added.

The plane's survivors confirms that the aircraft aborted its initial landing and attempted to go around for a second landing.

It also appears to show a device called a Ram Air Turbine extended from the plane's underside, which typically only happens when the engines have failed.

Experts said plane wreckage shows that fan blades inside both jet engines appear intact, strongly suggesting that they were not turning when the crash happened.

A senior A320 commander, who also did not want to be named, added: 'It’s not confirmed yet whether the engines did make contact with the runway surface during the first attempt at landing.

'But going by the photographs of the PIA aircraft, taken when it was air borne during the go-around, it does seem to be a possibility.

'Marks indicating damage to the lower portion of both the engines is distinctly visible in the photographs.'

Airbus has dispatched a team of air crash investigators to the scene . They'll provide all possible assistance including decoding the flight data recorder,' the spokesman Khan.

The official probe is still ongoing.

One of the survivors, engineer Muhammad Zubair, told Geo News the pilot came down to land, briefly touched down, then pulled up again.

He announced he was going to make to make a second try shortly before the plane crashed, Zubair said from hospital.

'I could hear screams from all directions. Kids and adults. All I could see was fire. I couldn't see any people, I could just hear their screams,' he said.

China rejected the conspiracy theories regarding the coronavirus spread from the...

PIA Crash: Poor Maintainace during COVID-19 restricted period cause the crash of... 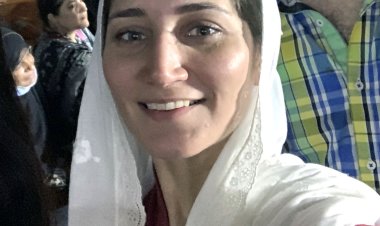 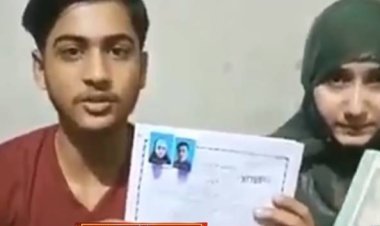 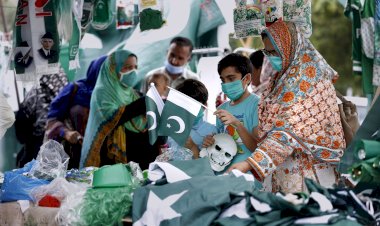